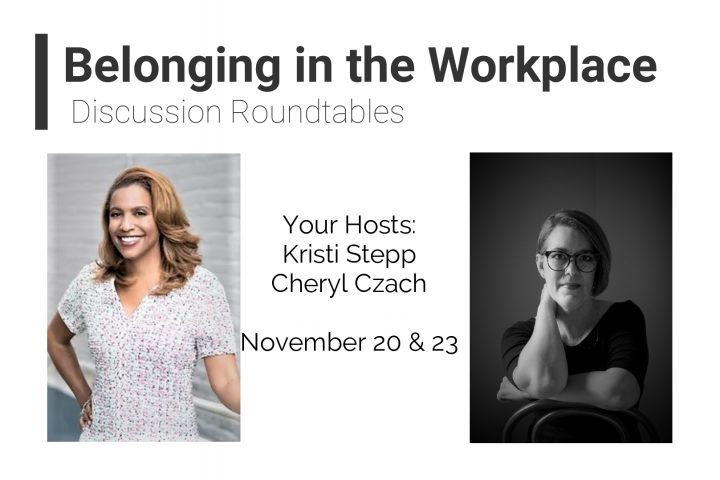 I will be co-hosting these virtual roundtables with Kristi Stepp from Sigred Solutions.

Together with attendees from various industries and roles, we will share our stories and ideas on belonging. 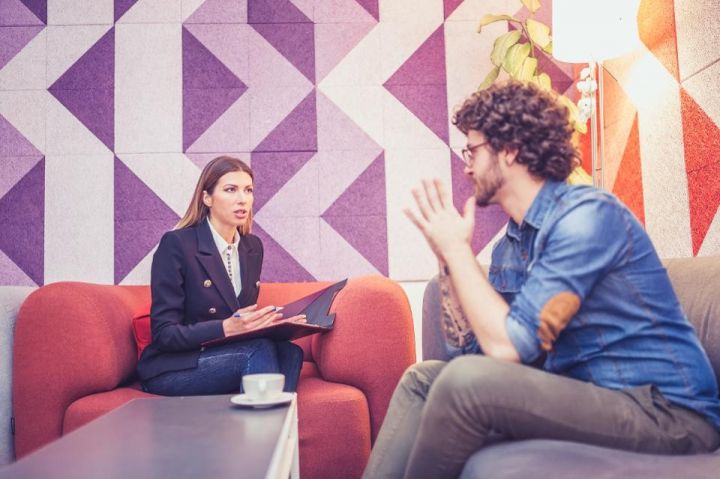 Forbes Article: Leadership Coaching Has Evolved: Is Your Organization Keeping Up?

"Leadership coaching, once reserved for rehabilitating poor performers, has evolved as a way to develop high-potential talent, ease the transition of a new leader, and even provide a much-sought-after perk to highly valued employees."

As a former talent acquisition leader, I know the No. 1 reason candidates report wanting to leave their company is for career growth and development

And, according to a national survey, while 98% of employers said they offer career development tools, only 26% of employees rated their employers' tools as delivering development very well.

In my latest Forbes arti 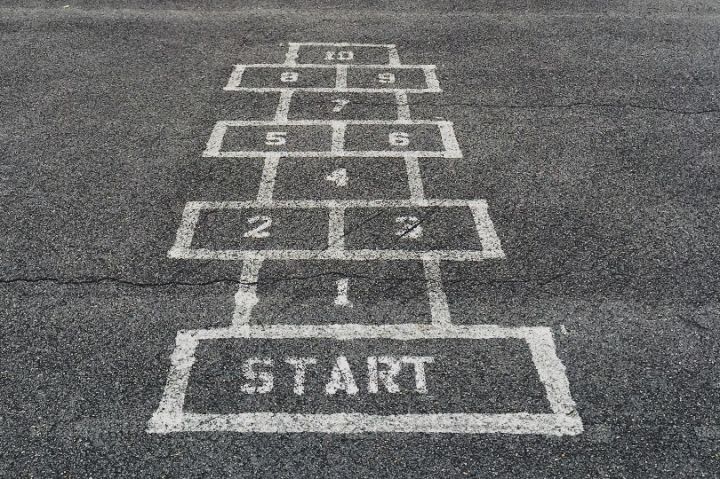 What is Onboarding Coaching?

I had a great conversation with Kristi Stepp, partner of Sigred Solutions about how onboarding coaching can accelerate leadership transitions and directly impact the company bottom line.

"According to Egon Zehnder’s online survey of over 600 executives at the VP level and above, almost 60% reported it took them six months or longer to have a full impact in their roles and 20% said it took nearly nine months or longer. That slow to transition timeline directly impacts the bottom line." 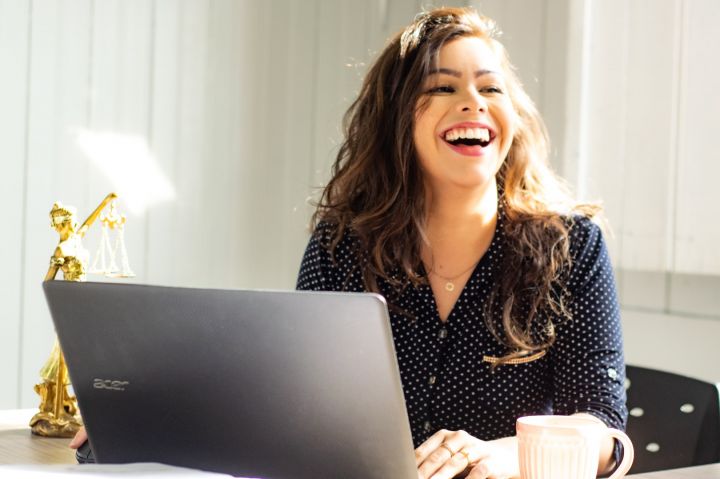 In my latest Forbes article, The Authentic Leader's Role In Organizational Resilience And Citizenship, I describe that research and detail how leaders can adopt a more authentic approach. 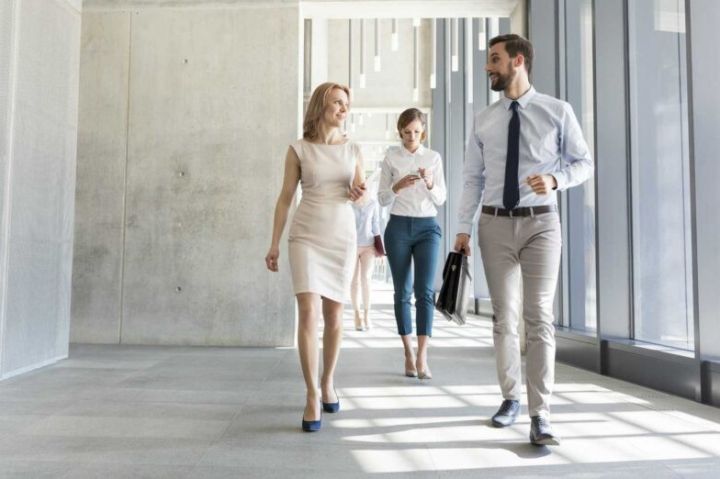 Did you know that according to research by Egon Zehnder 60% of executives surveyed reported that it took them six months or longer to have a full impact in their new roles, and close to 20% said it took more than nine months?

That is because traditional onboarding programs, while effective for most of the employee population, fall short at the executive level.

In the Training Industry article, "Executive Onboarding: It’s Time for a Different Approach" I provide four easy to implement strategies to better meet your new lea 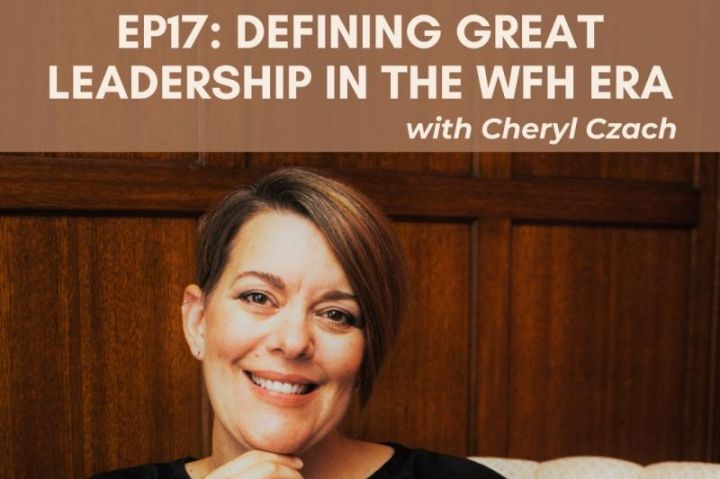 The Brave by Design podcast, hosted by Laura Khalil, combines mindset and actionable strategy to address what's blocking your personal and professional growth so you can rise and thrive.

I was honored to be a guest on Brave by Design to discuss what great leadership looks like in this new work from home era (which I believe is here to stay).

Listen to my four easy to implement strategies here. Enjoy! 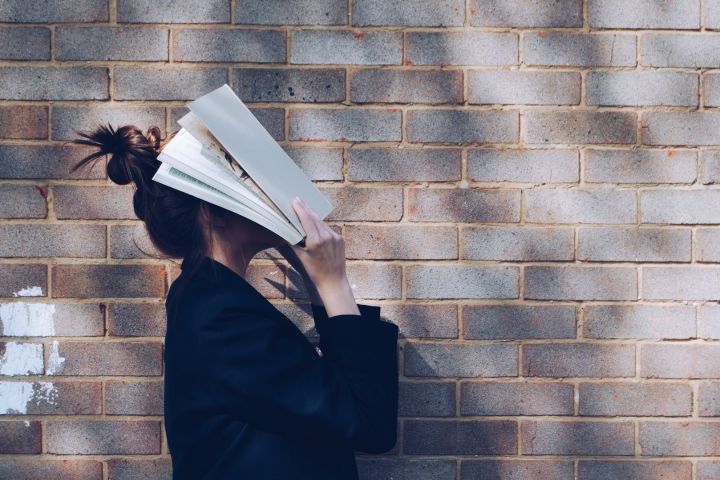 Case in point: A real-life example from my 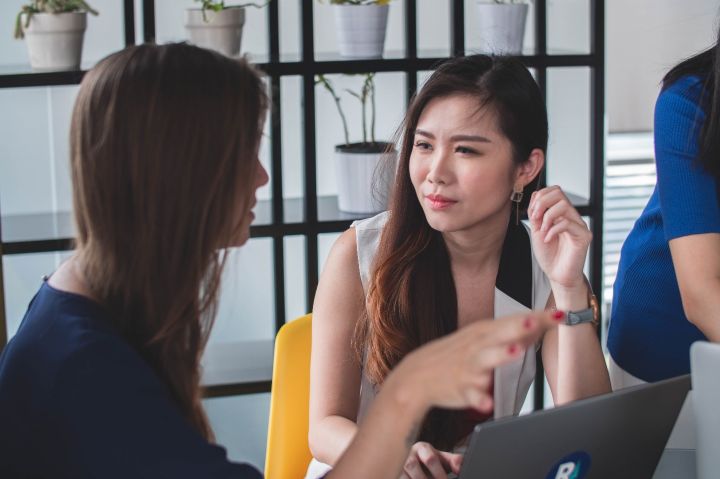 What you just experienced is the Rashomon effect, a term used to describe the phenomenon where people have varying, and often conflicting, interpretations of the same event. Because these interpretations include similar facts every explanation seems completely plausible, making it difficult to understand the reality of what happe 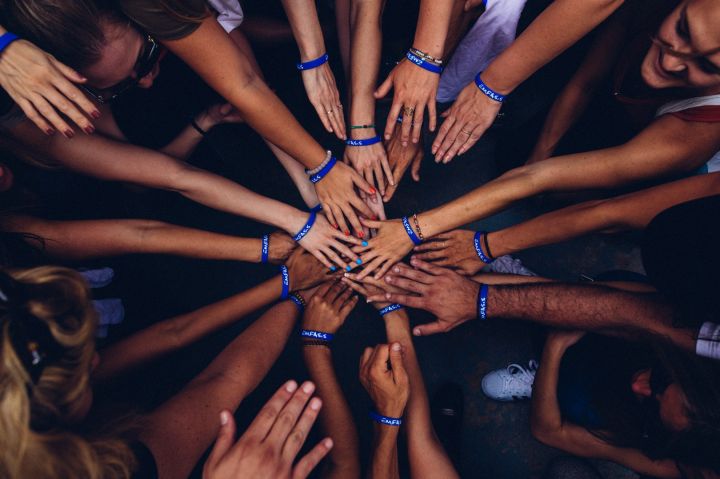 Although I do not recommend this level of engagement (and thankfully I’ve gotten my priorities straight), reflecting on it now, my drive to do whatever it took to help the company succeed came from a feeling of belonging. I belonged there. 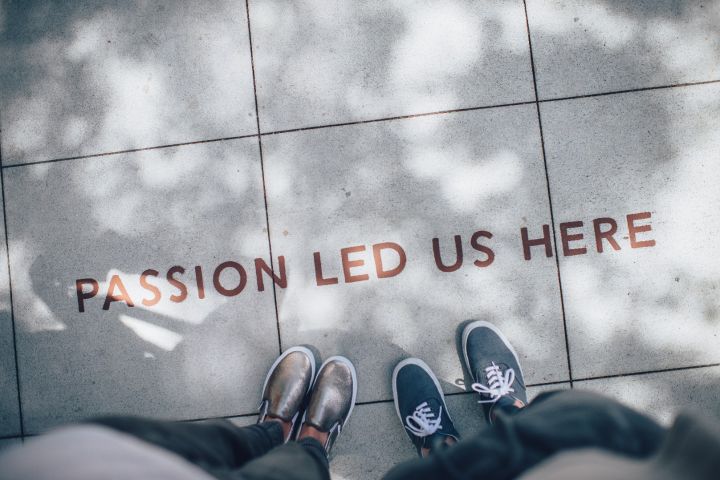 We’ve long understood that corporate values have a direct impact on creating company culture, which is why organizations put extensive effort into defining and deploying value statements. However, leaders often overlook the impact that individual employee values have on culture. Look no further than the millennial generation to see how individuals can shift culture. Generally speaking, millennials bring a focus on social responsibility, diversity and inclusion and work-life balance with them into the workplace and smart companies are changing to meet these expectations.

Taking it a step further, we’ve all known department heads who run their areas like tiny kingdoms, sometimes against corporate values. To quote a friend who works in this situati 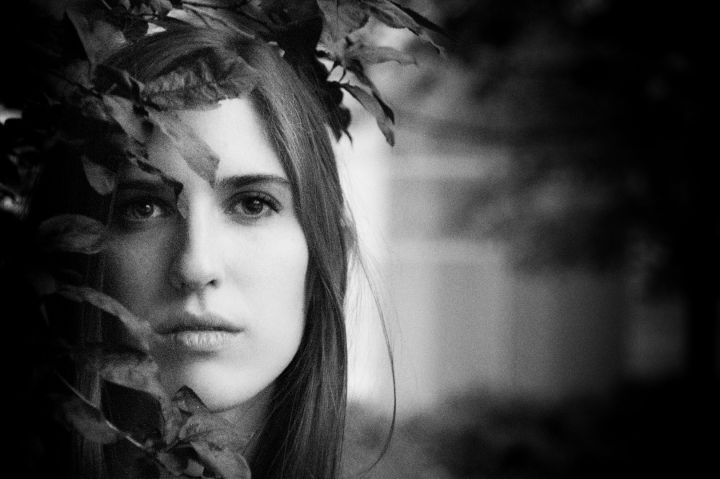 Impostor Syndrome is Not Just an Individual Issue, It’s a Human Resource Issue

The term Impostor Syndrome (IS) was first introduced in 1978 by clinical psychologists Dr. Pauline R. Clance and Suzanne A. Imes referring to a psychological pattern in which a person doubts their accomplishments and abilities and has constant worries that others will discover they are not “good enough”. Even when faced with evidence of their competence, they are convinced that they are frauds, often dismissing their success as luck, charm or simply good timing.

For those struggling with IS there is a wealth of articles containing advice on how to overcome your fraudulent feelings. However, IS affects more than just the individual, it has very real, bottom-line impacts on companies as well, making IS not just an individu 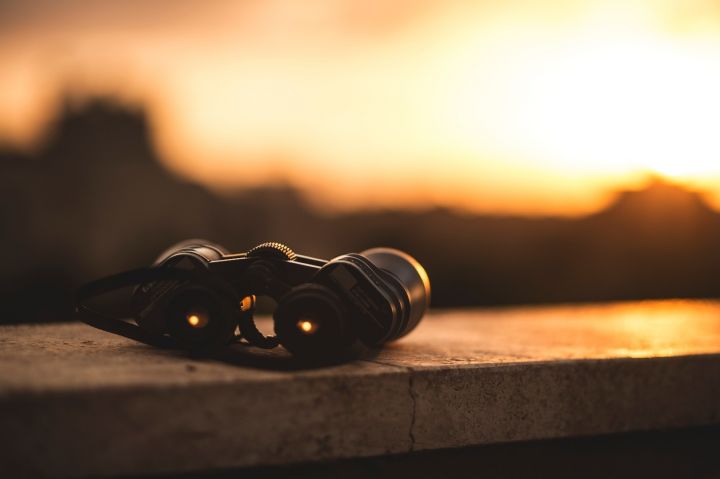 The Number One Secret to Any Successful Organizational Change

Any leader who’s tried to implement even the smallest organizational change knows that no matter how needed the change is or how carefully it's planned, a successful change implementation comes down to one factor – buy-in.

According to a 2014 McKinsey & Company study of more than 2000 executives in 900 companies across various industries, there is one clear standout success factor in implementing change. When asked about the factors most responsible for successful change outcomes over the past five years 67% of respondents cited “clear, organization-wide ownership of and commitment to change across all levels of the organization” as having the greatest impact on a major change effort’s outcome.

How can you create this com 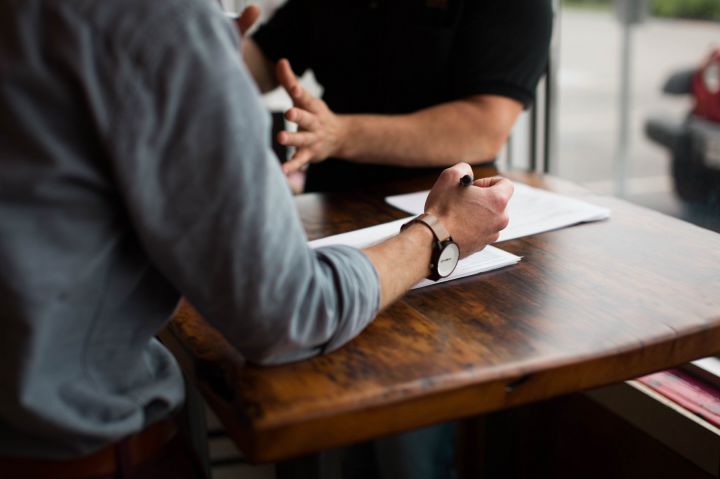 Want to improve your interview process? Take some cues from a leadership coach.

Hiring managers and candidates alike will tell you that the interview process is broken. Candidates can offer up horrific stories of bad interview experiences (like the candidate who drove four hours to an interview only to find out that the hiring manager wasn’t there and was asked if he could return the next day). Hiring managers can do the same, from ghosting to poorly prepared candidates, interviews can feel like a waste of time. Even when the interview goes well, it can be hard for either party to know if there is a good fit. After all, how much can you really learn about someone in an hour or two?

While the use of behavioral-based interview questions has improved the process, this methodology is steeped in the idea that the past is the best predictor 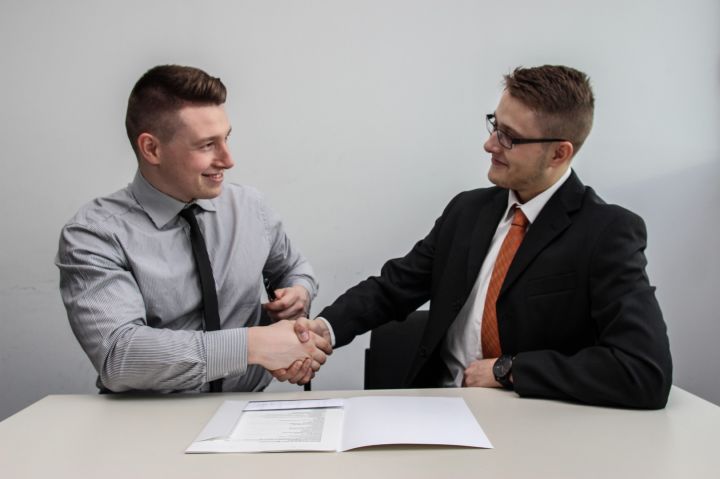 Nowadays, most companies understand that a robust new hire onboarding program is a key factor in early employee satisfaction and productivity. Modern onboarding programs, oftentimes spearheaded by the human resource department, include not only administrative components such as benefits enrollment and policy education, 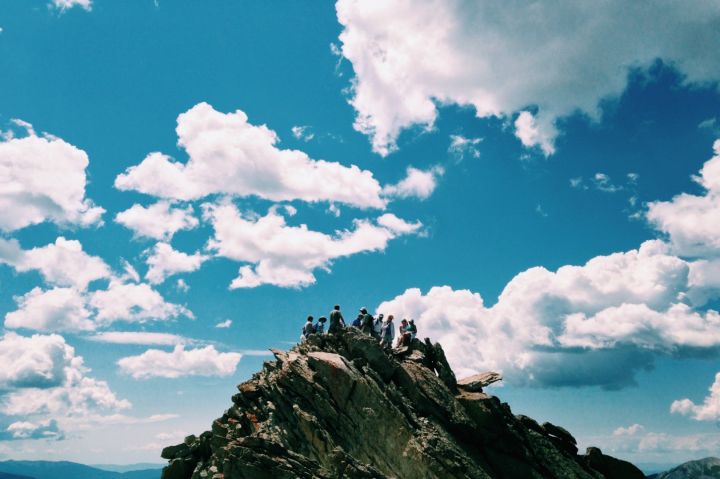