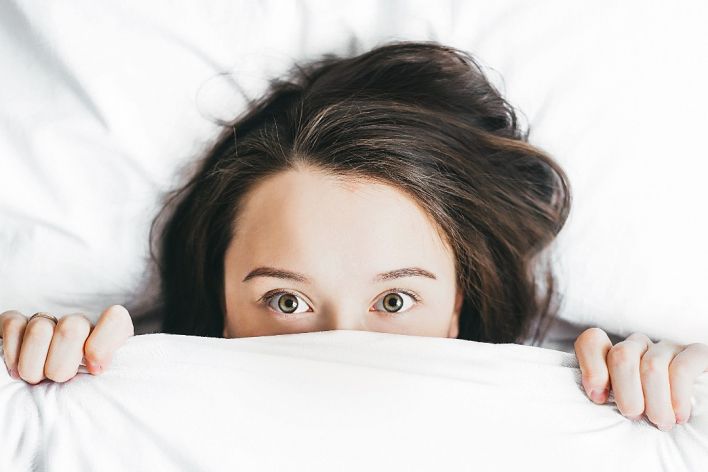 It’s 3 AM and I’ve woken up, yet again, to worry about some imagined future that may or may not happen. This is starting to become a nightly ritual. The best part is, I know that when the light of day arrives it will bring with it the clarity to see that this imagined “issue” is actually pretty manageable. Well, until 3 AM tomorrow morning when I will be consumed with worry about it again.

In her article What’s the Difference between Anxiety and Worry, Debbie Hampton describes what happens in the brain when we worry, “Worrying is thought-based, occurs in the mind, and involves your thinking brain, the prefrontal cortex, interacting with the limbic system, particularly the anterior cingulate, which controls basic emotions and instincts. It’s only because we have big super-sophisticated brains that we can worry in the first place. The same circuits that perform planning and problem solving allow worrying. In your brain, the only difference between worrying and planning or problem-solving is the amount of emotional involvement and self-oriented processing.”

Essentially, when we worry our brain thinks it’s planning for some future (although imagined) event. Instead of lying awake with worry, here are three simple strategies to put the brain’s problem-solving abilities to better use.

Ask: What’s the worst that can happen? Although it might seem counterintuitive, thinking about the worst-case scenario can put your worry into perspective. I was recently worried about passing an upcoming exam. My mind kept circling through thoughts about how I could better prepare or imagining myself taking the exam and not knowing the answers. But when I took a moment to really think about the worst-case scenario, I realized it really wasn’t that bad. If I didn’t pass, I would be okay. I knew that was an outcome I could handle.

Employ if/then planning – The strategy of “if-then planning” was first introduced in 1999 by psychologist Peter Gollwitzer through his research on implementation intentions as a tool for goal attainment. The idea is to predetermine the behavior that you will take in response to a future event. In short, IF (situation occurs) THEN I will (behavior). While Dr. Gollwitzer’s research is around achieving goals, the same strategy can work for worry, in particular, planning for your worst-case scenario. In my example, my worst fear was failing the exam. But I knew that IF I failed the exam THEN I would just take it again. When put into those terms it didn’t seem so scary.

“Worry is a waste of imagination” – Walt Disney

Put your imagination to better use. When I think about the time I’ve wasted creating elaborate worries about things that have never come to pass I feel fairly frustrated with myself. Now when I worry, I remind myself of the above quote. It's my worry mantra. I have an amazingly vivid imagination and I can redirect that gift to envision the future I want to see, not the one I don’t want to see. I channel my problem-solving brain to help me think of ways to realize my goals, rather than stress over a future unknown. It takes practice but the reward is a better night’s sleep!