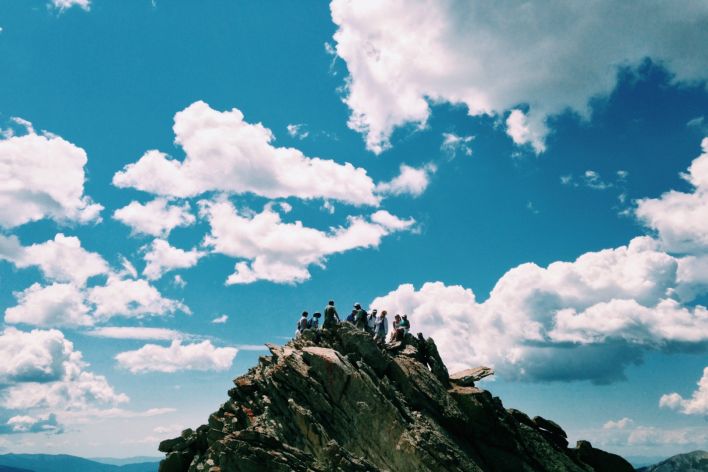 Like many coaching engagements, ours began with a 360-degree feedback survey. As any good coach does, ours created a safe environment where it was okay to speak openly about our results. Soon we were having frank discussions about our appreciation for one another’s strengths but also where we saw opportunities for growth. This allowed us to get to know each other on a deeper level, to better understand our individual motivations, values and where we struggled as leaders.

Because we all agreed to a strict confidentiality rule, a what happens in Vegas stays in Vegas type of approach, we began to trust each other. I saw some real vulnerability in those first sessions and reflecting on it now, it was some of my most cherished moments as a leader.

Creating a collaborative environment, not a competitive one

We were a Type A, success-driven group and while we wanted the company to succeed, we each wanted our own individual success as well. This drive to achieve meant that we could be competitive with each other at times. However, through the coaching process, we began to adopt the motto that if one of us succeeds we all succeed. We began looking for ways to collaborate with each other rather than compete. Not only did this make us a far more effective leadership team, but it also created a more pleasant work environment for our staff, one where we were all pulling for the same mission and celebrating each other’s wins.

Many organizations, especially young ones like ours was, can be terrified of failure. We were a new subsidiary in a larger global company. The spotlight was very much on us and we had a lot to prove. We wanted to grow but were afraid of risk. Our coach helped us to create some fairly aggressive growth goals and build our confidence to achieve them. We held each other accountable and because we developed a trusting and collaborative environment, we were more willing to accept that failure is a part of success and to try new approaches without fear.

Despite the progress we made as a team, in the end, we were still people and conflict is inevitable, even healthy. Our coach helped us to develop strategies to manage our conflict in a constructive way. Conflicts happened less often and when they did, we were able to set egos aside and resolve our issues in a way that was good for the company.

Is leadership coaching right for your team?

Moreover, many organizations believe that once someone reaches executive or senior status, they should inherently be able to act under pressure, inspire and implement ideas, lead and mentor a team, and require very little in the way of development. But candid, thoughtful feedback is harder to obtain as leaders advance in their careers. Promising careers can derail due to blind spots in critical interpersonal and leadership competencies. This can be devastating to the individual and extremely costly to the company.

Leadership team coaching addresses these blind spots. It creates an environment where leaders learn from one another, receive candidate feedback, develop a unified mission and increase overall organizational effectiveness. If your organization is growing, changing or simply wanting to invest in its leadership, team leadership coaching can be a profound and effective development tool to create lasting change.