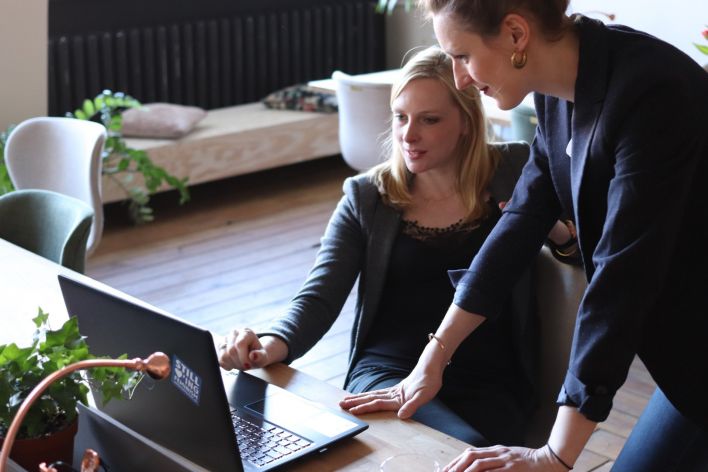 How Coaching Changed My Life (and cured my imposter syndrome)

I was in my late twenties when I landed my first real leadership role. As a department director, I had a (small) team with big responsibilities. While I was very proud of this accomplishment and extremely excited about the role, I was also feeling self-doubt and uncertainty. Was I really “manager material”?  I felt certain that any day the higher-ups (or even my direct reports) were going to figure out I was not qualified, and the jig would be up! We now call this imposter syndrome, but at the time I didn’t have that tidy label to give what I was feeling a name.

My impostor syndrome was also showing up in how I managed my team. After all, who was I to think I could lead this group of people, some of which had far more knowledge and experience than I did? I was terrified to step into my new leadership role and to “pretend” to be their manager.

Because our leadership team was a mix of both German and American employees the company decided to hire a leadership coach who had cultural experience with both nationalities. He worked with us individually and as a group. It didn’t take him long to ferret out my impostor syndrome and apprehension around being a manager.

The stories we tell ourselves

In one of our first individual sessions he asked me, when I think about being a “manager” what thoughts came up for me. I had to admit they were pretty negative. I grew up in a blue-collar household. My dad was a production line worker in the automotive industry and as a kid I picked up on messages that management was bad and that they didn’t care about employees. Without even realizing it I internalized these messages and since I was now a manager, I too must be bad and incompetent.

Once I made the connection between the story I was telling myself about managers and why I was feeling disconnected to the role, my negative feelings almost immediately shifted. I realized how silly it was to think that I was now a bad, incompetent and uncaring person just because I received a promotion. I knew that my leadership style was vastly different than the managers I heard being described growing up. Simply put, I knew I wasn’t them.

Impostor syndrome can take many forms and stem from a variety of unconscious messages we tell ourselves (all of which are some version of I’m not good enough). The realization that I was feeling uncertain about my role because I inherently thought managers were bad people helped me to step into the role with new confidence. It was the “ah-ha” moment I needed. Instead of thinking my company had made a mistake in promoting me, I was able to be thoughtful and intentional about the kind of manager I wanted to be and become.

It was one of the many insights I’ve gained through the years by working with a coach. But it was my first lesson in how coaching would change my life. A good coach will help you figure out what’s blocking you from achieving your goals and becoming the person you want to be. They help you to find the clarity you cannot find on your own. Then, they partner with you to set goals and hold you accountable. I’m confident I would not have achieved the successes I have in my career without the help of a coach!