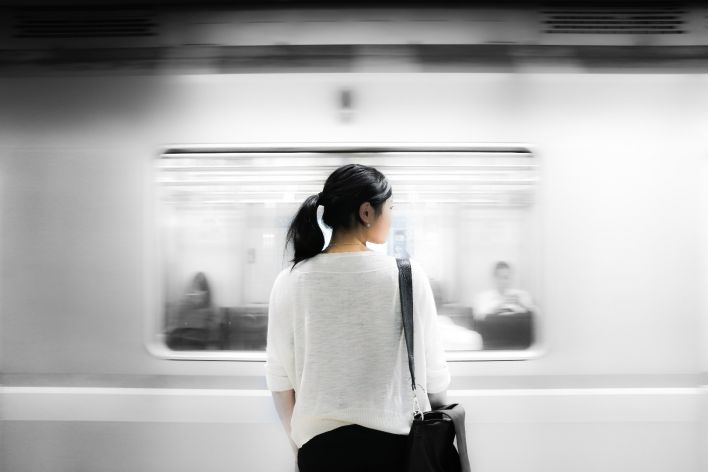 How to Rebound from a Blow to Your Confidence

Amy decided she had enough - enough of her over-demanding boss, enough of employees who had entitlement attitudes and enough of a company culture that valued shareholder profits over employee well-being. She was tired of trying to make the best of a bad situation and she was ready to move on. Amy knew she had more to offer and she set about finding a company that would appreciate her value. After spending weeks researching, she settled on a handful of companies that looked promising. She did all the right things to get in the door. She found out who the hiring managers were. She searched her network to see who could facilitate introductions. She even contacted some former employees to ask for tips and advice. Finally, she landed an interview with one of her top choices. And, it went really well! They invited her back for a second and third interview. She was certain she would land the role. In the end, they selected another candidate. It was the first time in Amy’s professional career that she didn’t achieve something she set out to accomplish. It was her first real rejection. She described it to me this way, “I’m completely defeated. I can’t believe I didn’t get the job. I feel like a total loser. I think I’ll just stay where I’m at for a while longer. It’s not that bad really. I can’t believe I got my hopes up.”

While Amy’s story certainly isn’t unique, a blow to confidence like hers can be hard to shake. But, cultivating resilience around defeat is critical in preventing the derailment of our goals. Here are four steps to help you bounce back from a blow to your confidence:

Recognize that setbacks are a part of life. There will always be losses, failures, and missed attempts. Just like there will always be wins and successes. Life is simple that way. While not achieving something you put effort into is disheartening, it doesn’t mean you are a failure. Resist the urge to catastrophize the situation.

Give yourself time to feel all the feelings. Even though setbacks are a part of life, that doesn’t mean you can’t feel disappointed. Go ahead and let yourself grieve the lost opportunity. Journal about your feelings, vent to a friend, or simply acknowledge your disappointment. Whatever the method, give yourself some time to lick your wounds.

Reframe your thoughts. Embrace the mantra that there is no success without failure. In fact, you didn’t fail at all if you learned something. Take some time to objectively evaluate the situation. What did you do well? What could have been improved? What strategies might you use next time? Turn the disappointing situation into a lesson learned.

“You may encounter many defeats, but you must not be defeated. In fact, it may be necessary to encounter the defeats, so you can know who you are, what you can rise from, how you can still come out of it.” - Maya Angelou

Believe there are better things waiting for you. This was the advice I recently gave a friend who was disappointed he didn’t receive an exciting promotion. I consoled him by saying that it simply meant there was something better on the horizon. And, there was! Within six months he was offered a new role and a major promotion at a new organization. A role that was far more challenging and exciting to him.

If all else fails, believe in this advice: